ONE CUT OF THE DEAD 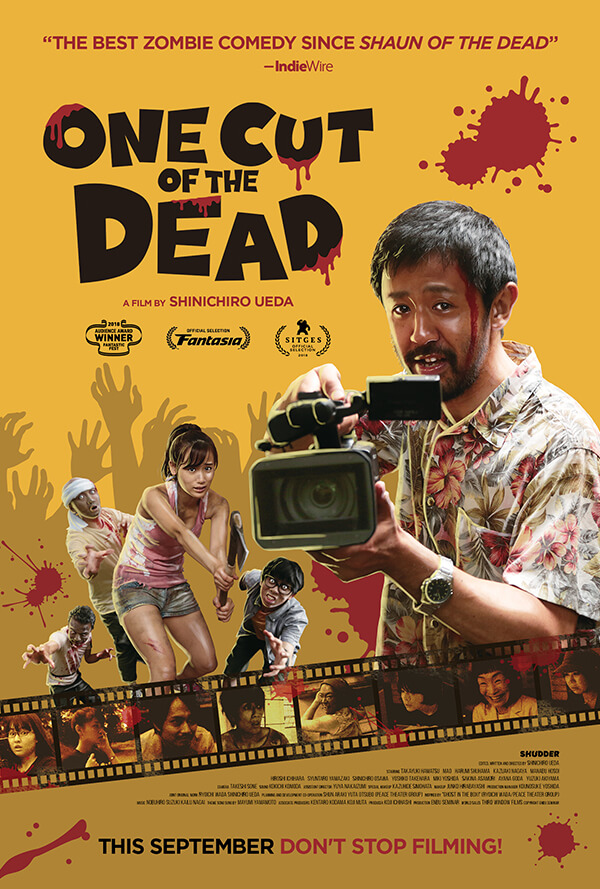 "A-: the best zombie comedy since Shaun of the Dead. A euphoric ode to the chaos (and compromises) of genre filmmaking: it's the kind of movie that makes you want to pick up a camera, call some friends, and shoot the end of the world on your own terms."
DAVID EHRLICH, Indiewire

Synopsis: While shooting a low-budget zombie film in an abandoned warehouse, the crew find themselves caught between actual zombies and a mad director who won’t stop rolling. If you think you know what happens next, think again. Filmmaker Shinichiro Ueda turns the film on its head more than once for one of the wildest, funniest, and most surprising zombie movies of all time.

Variance partnered with Shudder to provide full marketing and theatrical distribution services, crafted new marketing assets, sourced and managed PR, and opened the film in 76 theaters including a 40-screen one night screening event.