THE DARK AND THE WICKED 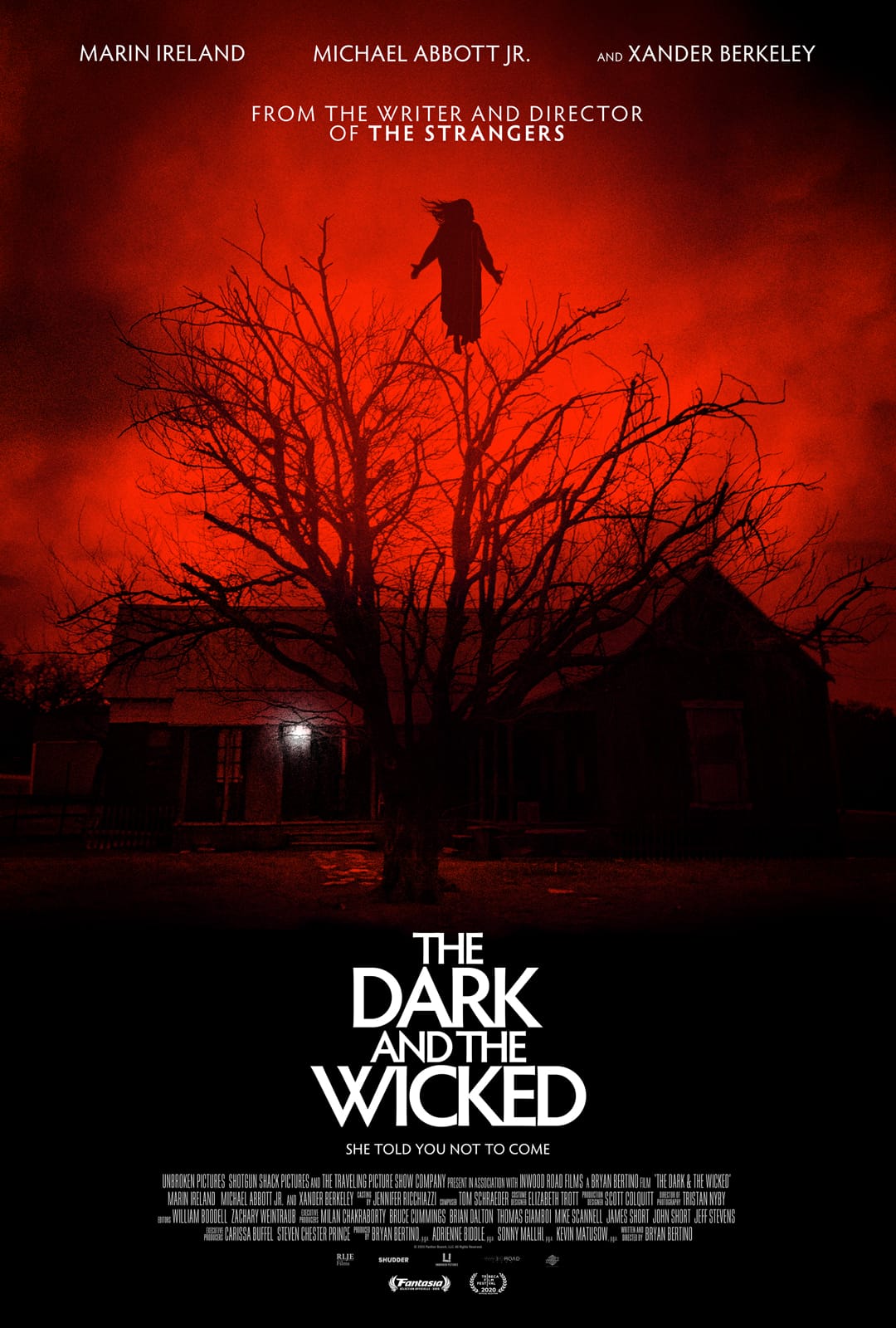 The most terrifying tale of the supernatural subgenre told in a long time, and one of the best horror films of the year.
- Awards Watch

Synopsis: On a secluded farm, a man is slowly dying. Bedridden and fighting through his final breaths, his wife is slowly succumbing to overwhelming grief. To help their mother and say goodbye to their father, siblings Louise and Michael return home. It doesn’t take long for them to see that something’s wrong with mom—something more than her heavy sorrow. Gradually, as their own grief mounts, Louise and Michael begin to suffer a darkness similar to their mother’s, marked by waking nightmares and a growing sense that an evil entity is taking over their family.